We are ceasing sales. Checkout is closed until things settle.

I've never been into synths. Up to this point. My main interest was (and still is) a recording studio gear. Synths didn't catch my attention. But recently a good friend of mine found this interesting old beast and asked me if I was interested in doing some repair and maintenance job on an old Formanta Polivoks synth. This sounded like an unusual and fun adventure, and I agreed. 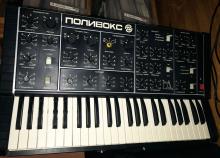 The synth has one knob missing, it missed a power switch cap as well. I had a spare cap at hand, but the big knob is unique to these synths, so I had to search for it in the used market. It should get here soon, I hope. 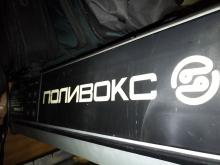 The back side has old style DIN connectors for everything. I will change those to jacks (except a foot controller input).

Boards inside the synth look not that bad. Seems that the manufacturing date is 1987 - that's long ago! One PCB under the keyboard was missing. I had to replace it from a donor synth that I managed to find locally.

All boards seem like paper FR-2, which was quite common for that times. Here's my to-do list for this Polivoks synth:

Looks like quite a long list. I'll be posting the progress in the blog here. Currently, the most unfamiliar tasks for me are paint jobs. I've ordered the primers and paint and did a test paint of a single part. Results look promising.

Our news delivered to your mailbox.

RackNeve.com is not afilliated with AMS Neve LTD. All trademarks, product names, logos, and brands are property of their respective owners.

© 2023 rackneve.com
No site content can be published outside the www.rackneve.com without written permission from the content owner.